Police confirmed this afternoon that a man had been arrested on suspicion of ‘aggravated trespass’ at Aston Down on Monday afternoon.

The Department for the Environment, Food and Rural Affairs (Defra) has a site there and witnesses have reported an increase in security fencing and officers at the site. 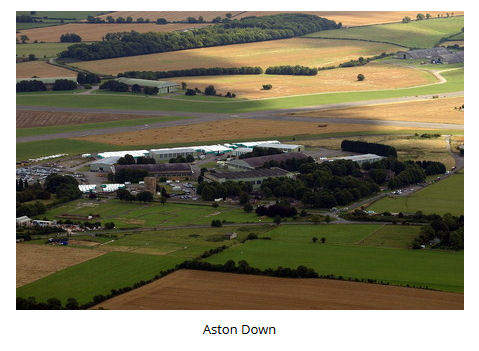 ITV are reporting that it was Stop The Cull protester Jay Tiernan who was arrested by a police helicopter and three police cars for allegedly trying to break into the site.

The Three Counties Sabs tweeted: “At Ashton [sic] Down ‘death-centre’ Jay arrested-trying to highlight evil place that provides the traps & carries out the autopsies #badgermonday”

He was named in an injunction on Thursday brought by the National Farmers Union to stop protesters ‘intimidating or harassing’ farmers.

A duty inspector who not confirm any further details at this time but a spokesman for Defra confirmed their at been a disturbance at the Animal Health and Veterinary Laboratories Agency site at Aston Down.

The site has a history of links to badgers and TB.

The Defra wildlife unit was been heavily involved in the Krebbs Trial tests into the spread of bovine TB since 1998.

Workers from Aston Down were involved in trapping badgers and culling them as part of the Krebs trial to establish their link with the spread of bovine TB. They also tested badgers killed after being hit on the road for TB.

A Defra spokeswoman said: “We do have a site at Aston Down. There was an incident there.”

Bovine TB was devastating the dairy industry, she said.

“In TB hot spots such as Gloucestershire we need to deal with the infection in badgers if we’re to get a grip on TB there. No country has dealt with the disease without tackling infection in both wildlife and cattle.

“We are working on new cattle and oral badger vaccines but they are years away from being ready and we cannot wait while this terrible disease spreads.”

The cull has, however, provoked widespread public opposition from wildlife lovers who say badger deaths won’t solve the disease problem.

Badger cull in Gloucestershire scuppered by filled in setts?

“CLAIMS that badger setts on one of the county’s biggest country estates have been filled in could put the controversial cull on hold.

Police officers are investigating a complaint about setts being disturbed at Forthampton, near Tewkesbury.

A spokesman for Gloucestershire Police said: “Evidence of possible offences has been collected, but at this stage work is ongoing to establish if these were carried out by anyone connected with the land or by others without the landowners’ knowledge.

“Investigations are continuing and no arrests have been made.”

The complaint was filed by Jay Tiernan, from Stop the Cull, who discovered the allegedly filled in setts.

If the allegations prove true, the badger cull in Gloucestershire could potentially collapse.

Forthampton Estate covers about 3,000 acres, around three per cent of the cull zone in Gloucestershire.

If it were to withdraw from the cull, it could take the total land area in the county that has signed up to the cull below the necessary 70 per cent threshold.

The Government has said the cull can begin from June 1, which is aimed at curbing the spread of bovine tuberculosis.

Mr Tiernan put in the complaint last month to the police. He said: “We’re focussing on Forthampton.

“It really is our prime target in the Gloucestershire cull zone.

“As it’s such a large area and would be the end of the cull if the Forthampton Estate withdrew, it’s a priority for us.”

Protesters against the cull have been to the footpaths at the estate to survey badger setts as well as looking for any evidence of shooting.

The latest investigations come after Gloucestershire County Council voted to oppose the cull in the county, and will write to Government ministers about preventing the cull on council-owned land.”