New from sabs in the cull zone 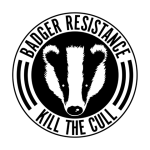 “As we enter the final phase of the Gloucestershire cull we are requesting that people prepare for the final onslaught. Sett checking by day, sett sitting and patrols by night. We suspect that more cages and bait points will be put out as they are desperate to kill in the last week. As the Somerset cull finishes more activists will be freed to come to Gloucestershire. We would like to remind people of the office numbers:

and we are also using 07891 639803 if you cannot get through for any reason. Please do NOT put urgent call outs for help on FB, bear in mind many sabs will only read them days later when they have internet access and it interrupts what others are doing elsewhere.

There will be daily meeting points at Budgens in Newent for daytime sett checking which we are moving from 14.00 to 13.00 as from tomorrow but you can call us for info on where to go as well. Evening meeting point remains Eldersfield church at 19.00.
If you have your own setts that you check, please try and do so daily and let us know what you’re doing each day so that we don’t duplicate the checking.

Call us for more information and thanks for coming out!” 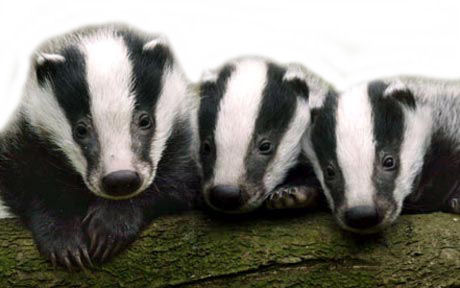 American among three arrests over badger cull protesting in Gloucestershire

Police accused of bias over culling of badgers

Badger cull in Gloucestershire has come to a halt – protestors

We will not give up: Gloucestershire Against Badger Shooting

Badger cull: the police and NFU are losing the battle

Opponents say they have sabotaged traps, bait and sett areas ahead of official cull by groups hired to shoot animals 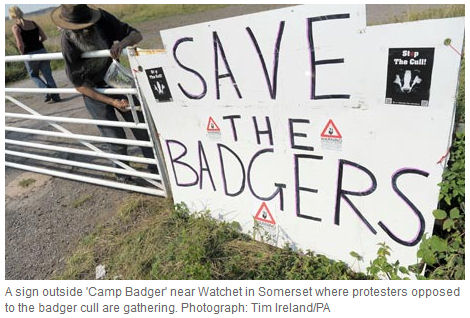 Hunt saboteurs and wildlife groups claim to have won the first skirmishes in the impending battle over the planned badger cull by disrupting traps and digging up bait laid by gamekeepers and farmers as well as disturbing the ground near setts so that the animals will be scared to come out.

One saboteur, who asked to remain nameless, said that farmers had been laying bait for the badgers for five days in readiness for the official start of the two six-week pilot culls in Gloucestershire and Somerset, widely expected to start in the next 24 hours.

“They have been burying peanuts near the entrance to setts to encourage badgers to come out, and also laying barbed wire traps. We have been going out disrupting them, removing the traps and digging up the bait,” he said.

The activist said that many hunt saboteurs who had been active before the 2004 ban on hunting were now preparing to visit the sites. “We have a core of 25 people [in both areas] going out every day to disrupt the cull in advance. When it kicks off there will be hundreds more. Many of them have been sabbing for years so know their way around. We go out in the day to disrupt the setts, and we will be going out at night starting from tonight,” he said.

“We know that we will not be able to save all the badgers but we are going to make it a lot harder than it should have been.”

Both hunters and saboteurs are expected to use infrared sights to spot the animals but the marksmen will not be allowed to shoot if people are present. However, footpaths have not been blocked off and many saboteurs have said they are prepared to risk criminal prosecution following a high court injunction granted to the National Farmers Union (NFU) at the weekend banning protests within 100 metres of homes, and within 25 metres of businesses.

“We will not be allowed to make much noise but in our experience it doesn’t need loud sounds to scare badgers away. They are scared by a twig breaking,” said a saboteur.

The first arrest was made on Monday when Jay Tiernan, a protester, was caught allegedly trying to enter Defra’s Food and Environment Research Agency at Ashton Down in Gloucestershire, where cages for the cull are being kept.

As an e-petition against the cull passed 250,000 names, the NFU president, Peter Kendall, repeated his claim that the cull was necessary. “Thirty-eight thousand cattle were slaughtered last year in Britain because of TB. For beef and dairy farmers dealing with TB on their farms, these badger culls are an essential part in the fight against this terrible disease.

“Opinion is divided, so, while we recognise that not everyone agrees with the government’s TB eradication policy, and the need to cull badgers to start to reduce this disease in cattle, we do acknowledge their legitimate right to hold peaceful protests.

“What we cannot condone are the actions being used by extreme activists designed to harass, intimidate and threaten others.”

Wildlife groups condemn the cull as “inhumane” and “unscientific”. Dominic Dyer, a policy adviser at Care for the Wild, said: “People are shocked when they find out that only 15% of badgers have TB and that the government will not even be testing to see any of the badgers they intend to kill have [the disease]. These two facts together completely undermine the cull policy.

“We are seeing a political kneejerk reaction to a problem. It is liable to backfire on the government and the NFU. People are outraged.”

He added: “Most of the people protesting are entirely peaceful. These are the middle classes, people from the Rotary club, the WI , district councillors, they are Tories.”

For the pilot culls to work in the six-week time frame allowed, the hunters will need to kill around 70 badgers a night in each area. An estimated 2,700 animals will need to be killed for the pilots to be judged a success and then extended.

A Defra official said: “Bovine TB is spreading across England and devastating our cattle and dairy industries. In TB hotspots such as Gloucestershire and Somerset we need to deal with the infection in badgers if we’re to get a grip on TB there. No country has dealt with the disease without tackling infection in both wildlife and cattle.

“We are working on new cattle and oral badger vaccines but they are years away from being ready and we cannot wait while this terrible disease spreads.”

A spokeswoman for badger rescue group Gloucester against Badger Shooting (Gabs) said around 100 people had volunteered to patrol public footpaths in the cull area to watch out for wounded animals. “Defra has said that some will not be killed outright but would sneak away to die a horrible death. We shall be going out in groups of three. If we find any we will contact animal hospitals. We are not seeking confrontation. We are just disgusted. We are entirely peaceful.”